Please call the pharmacy to inquire about store hours or delivery service as they may have changed.

Commonly found in prepared foods, some medications and even cosmetics, gluten is for some a source of many woes. Is it an intolerance or an allergy? 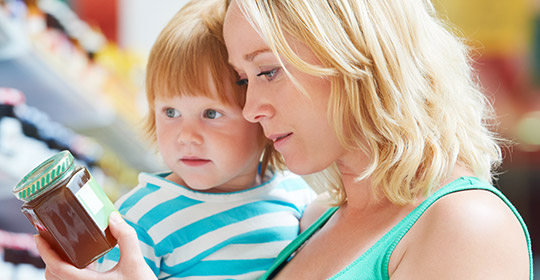 What is Gluten, Exactly?

Gluten is a plant protein found naturally in several cereals: wheat (including its various varieties such as spelt and kamut), barley, rye, and triticale. While they do not contain it naturally, oats are often contaminated, so you must be vigilant if you want to be certain you have a cereal that is completely gluten free.

Not surprisingly, gluten is found in products made from these cereals: bread, bakery products, pastries, pasta, beer... but that's not all! Given its properties, gluten is also used as a texturing agent in various processed products such as sauces, soups, sausages and pollock. That’s a lot of food to be removed from your diet... but is it really necessary?

Should you avoid eating gluten?

In recent years, many people have decided to shun gluten, but in fact, only a tiny part of the population actually benefits from it. If you do not experience symptoms, no need to put gluten aside. You can still benefit from the expanse of gluten-free products to discover new grains, because as we say, with food, variety is key. Amaranth, kaniwa, millet, quinoa, buckwheat, sorghum, teff... so many grains that deserve to find a spot on your plate!

Can you be allergic or intolerant to gluten?

Eating gluten can cause digestive symptoms for some people including those suffering from celiac disease.

Only 1% of the population is affected by celiac disease. For these individuals, gluten consumption, even in trace amounts, induces an abnormal immune system reaction which causes inflammation of the small intestine. In the long term, it becomes too damaged to perform its functions well and absorption of several nutrients is reduced, resulting in many deficiencies. Gluten intolerance is therefore not a rumor, it is very real and damaging to those who have it.

Given the involvement of the immune system and the need to avoid all traces of gluten, some specialists recommend treating this health-condition as an allergy.

What are the symptoms of celiac disease?

Celiac disease presents a variety of different symptoms, which can be associated with several other diseases, making it difficult to diagnose. The nature, number and intensity of symptoms vary from one person to another. Here are a few:

How to diagnosis and treat celiac disease?

The only available treatment for this disease is to continuously follow a strict, gluten-free diet. In most cases, this diet will enable the intestinal wall to heal and resolve the related deficiencies and symptoms.

A gluten-free diet should include fresh food, which has undergone as little processing as possible, grains, such as rice, millet, buckwheat, corn and quinoa and flour made from rice, corn, potato, chickpea and soy.

Grocery shopping with a gluten intolerance is not always an easy task. Here is a non-exhaustive list* of foods/ingredients to avoid.

Did you know that some medications contain gluten? Don’t forget to tell your pharmacist that you suffer from celiac disease. He or she will make sure you have the proper medication and help you manage your condition.