Since the dawn of time, menstruation has been shrouded in a veil of mystery and surrounded by many myths. Let’s shed light on this natural process. (For your convenience, we have included a glossary at the end of this article.) 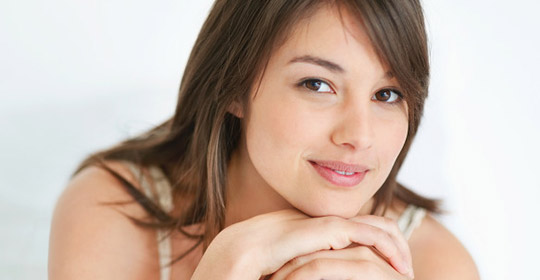 The main function of the female reproductive system is to produce eggs (ova) for fertilization – ideally one every month. The egg then travels down a Fallopian tube to the uterus, where it will be nourished.

Each month, from puberty to menopause, the female reproductive system, especially the uterus, prepares for pregnancy.

If the egg is fertilized by a sperm cell and produces a viable embryo, it will grow into a fetus. If it is not fertilized, it will be ejected from the body through the menstrual flow. Menstruation usually begins between the ages of 9 and 18, with the average age being 12 or 13. It ceases at menopause, generally between 45 and 55.

Remember!
The onset of menstruation means that a young woman can become pregnant if she has unprotected sexual intercourse.

From the menstrual period to ovulation

When fertilization does not occur, the endometrium and ovum are shed by the uterus through the menstrual blood. By convention, the first day of menstrual bleeding marks the start of the menstrual cycle. It is at this point of the cycle that estrogen and progesterone levels are at their lowest. Toward the end of the menstrual period, a new ovum begins to grow in one of the ovarian follicles. The level of estrogens gradually increases, causing the endometrium to thicken. The follicle also continues to grow until ovulation occurs.

On average, the body produces one egg every 28 days. Since all women are different, however, some will have longer cycles, others shorter ones.

Ovulation occurs when the mature follicle ruptures and discharges the ovum from the ovary, usually around day 14. The released egg then slowly moves down the Fallopian tube. It is during this part of the process that fertilization can occur, if sperm is present. It is also at this precise moment that estrogen levels reach their peak. As for the endometrium, it continues to thicken under the influence of the progesterone secreted by the ruptured follicle, called the corpus luteum. The glands located in the uterine cervix then produce a clear, slippery mucus that helps the sperm reach the uterus during sexual intercourse. (Some women can determine when they are ovulating through changes in these vaginal secretions).

From ovulation to the end of the cycle

If fertilization has occurred, the increased levels of estrogen and progesterone will trigger other changes in the endometrium. These changes will enable the fertilized egg to develop in the uterus.

If the egg has not been fertilized, the corpus luteum will break down and the production of female hormones abruptly ceases. The endometrium then weakens and deteriorates, giving way to menstruation and the start of a new cycle.

Here is an overview of a typical menstrual cycle:

Good to know!
The average menstrual period lasts 3 to 6 days. In some cycles, there may be bleeding, without ovulation. In other cases, ovulation can take place earlier or later in the cycle – not always on day 14.

The ovum has a lifespan of approximately 24 hours, while sperm can survive up to 5 days in the female reproductive organs. Consequently, fertility starts 5 to 6 days before ovulation and ends 2 to 3 days after. Natural family planning methods of birth control rely on this understanding of fertility to achieve or avoid pregnancy.