Please call the pharmacy to inquire about store hours or delivery service as they may have changed.

How to choose the right method of contraception

When it comes to choosing a method of contraception, there is no shortage of options. You need to be well informed so you can select the one that is right for you based on your health, preferences and age, as well as the method’s effectiveness. 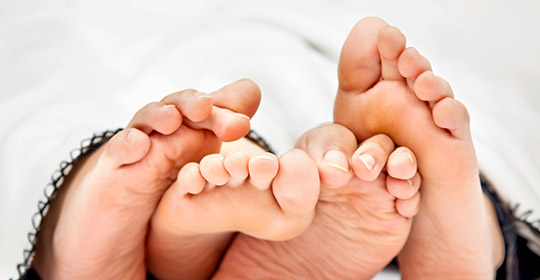 Keep in mind that the male condom (in latex or polyurethane) is the only form of birth control that protects from both unwanted pregnancies AND sexually transmitted infections (STIs) when used correctly. So if you are sexually active, using a condom in combination with another method of contraception is the safe, responsible thing to do. 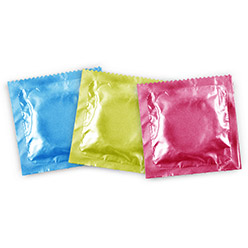 There are more than 15 types of contraception that can be grouped into three categories: hormonal methods, non-hormonal methods and natural methods. With the exception of male or female sterilization, hormonal methods have the highest effectiveness rate – from 92 to 99.7 percent – depending on how closely the directions for use are followed. Let’s take a look at the various options.

Hormonal contraception acts on the menstrual cycle by preventing the release of an egg, hindering the movement of sperm toward the egg and making the uterus inhospitable to a fertilized egg.

Hormonal methods of birth control do not hinder sexual activity and often help to regulate the menstrual cycle, diminish menstrual pain and reduce blood flow. Be sure to speak with your doctor or pharmacist about unwanted side effects and contraindications associated with each of these methods, which are only available by prescription.

There are three types of non-hormonal contraception methods:

As the name indicates, these methods involve creating a physical barrier to stop the sperm from reaching the egg.

The rate of effectiveness of barrier methods depends greatly on people’s ability to use them “perfectly.” In theory, for example, only 20 in 1000 women will get pregnant with the “perfect” use of a condom. In reality the number of pregnancies is 180 in 1000 with “standard” use.

It is important to know that sterilization is permanent. Reversing it is a costly, complicated procedure.

o    Spermicide: A spermicide is a chemical that destroys sperm on contact. Given its low rate of effectiveness (75 percent), spermicide should not be used on its own as a form of birth control, but rather always in combination with a barrier method, such as a condom.

o    Copper IUD: T-shaped device inserted into the vagina by a doctor. It can remain in place for up to 10 years, depending on the product. The copper in the IUD changes the chemistry of the endometrium, hindering sperm movement and impeding the implantation of the fertilized egg. This method of contraception can also be used as an emergency contraceptive within seven days of unprotected sexual intercourse.

Natural methods of contraception require that women become familiar with their menstrual cycle  (calendar method) and chart their morning basal temperature and any changes to cervical mucus (symptothermal method) in order to identify their peak fertility times and subsequently abstain from sexual intercourse during these periods. These methods are generally used to plan a pregnancy, rather than to prevent one.

Other contraceptive options require a great deal of self control. Two examples are abstinence and coitus interruptus (withdrawing the penis from the vagina before ejaculation). This last technique is not reliable at all and can lead to pregnancy, since sperm can always be present in pre-ejaculatory fluid.

Emergency oral contraception (also called the morning-after pill) can be used after unprotected sexual intercourse by a woman who does not want to get pregnant. Your family pharmacist can prescribe* it. Since it needs to be taken within 3 to 5 days of sexual intercourse and is most effective when taken as soon as possible, don’t wait before speaking with your pharmacist.

Do you have questions on hormonal and non-hormonal methods of contraception available at the pharmacy? Speak with your family pharmacist. If this topic makes you uncomfortable, feel free to ask to discuss the matter in private.  After unprotected sexual intercourse, see a pharmacist as soon as possible so you can discuss your options. Pharmacists can prescribe* emergency oral contraception. Then, if you need a regular form of birth control, they can also prescribe hormonal contraception (such as the pill) under certain conditions*.

A consultation will be required so the pharmacist can make sure you meet the prescribing criteria.
To avail yourself of this service, you may need to book an appointment with your family pharmacist. Ask a member of the pharmacy team for more details. Some Uniprix-affiliated pharmacies also offer an online appointment booking service. To locate the store nearest you providing this service, click here.