Schizophrenia is a mental illness that strikes one person out of one hundred and affects their ability to interact with their environment. Find out how proper treatment and care can help people with schizophrenia live normal lives.

Schizophrenia is a disease that causes a chemical imbalance in the brain. The illness disrupts a person’s thoughts, emotions, perceptions and behaviour. At times, people with schizophrenia might behave in odd ways for the circumstances.

This mental illness also has a genetic component. The risk of having schizophrenia is much higher when an immediate family member is schizophrenic. The risk is approximately 40% if both parents have the disease. However, genetics isn’t wholly responsible.

Despite what you may have heard, schizophrenia doesn’t mean a “split personality.” Also, the disease can strike anyone from any social class or economic status. This means that rich and poor alike can get schizophrenia. 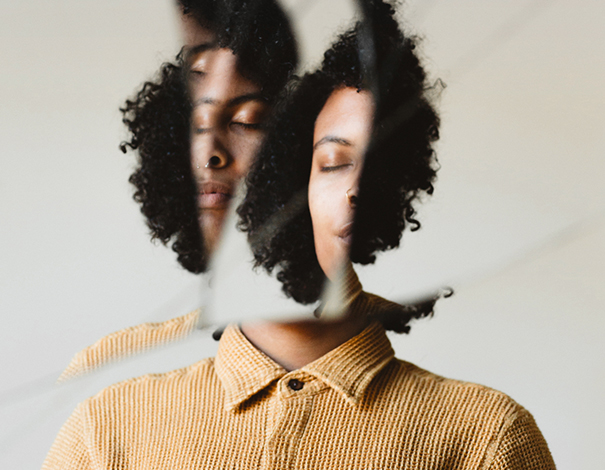 Schizophrenia symptoms often come on gradually and generally appear around the ages of 16 to 25 in men and 16 to 35 in women. The symptoms can be triggered by various social and environmental factors, such as alcohol or drug use, a lack of sleep, the pressure to perform at work, or a lack of social support.

Paranoid schizophrenia is the most common type of schizophrenia. This type can cause hallucinations and delusions, such as the impression that you're being persecuted or followed. Schizoaffective disorder  is when someone experiences both schizophrenia and a mood disorder, such as  bipolar disorder, at some point during the illness.

Someone with schizophrenia can have up to three types of symptoms: positive, negative, and cognitive. Psychosis symptoms can vary from person to person.

In general, people with schizophrenia go through one or multiple episodes of acute psychosis followed by remission (when symptoms subside). Before an acute episode, they may have what are called “negative” symptoms. During acute psychosis episodes, they will have “positive” symptoms that can last from a few weeks to a few months and that cause them to lose touch with reality. After the episode, they may not remember what they did or said.

Not treating the psychosis as soon as possible along with frequent relapses increase the risk of cognitive symptoms (i.e., impaired intellectual ability). The sooner the disease is diagnosed and treated, the greater the chance of controlling it and reducing cognitive problems.

If you or someone you know has signs of schizophrenia, consult a health care professional or join a schizophrenia support group right away.

Schizophrenia is treated with a combination of medication, psychotherapy and social rehabilitation.

Medications to treat schizophrenia are called antipsychotics. Their goal is to prevent episodes of acute psychosis so that the person can stay in permanent touch with reality. They can also improve the negative symptoms of the disease. Medication therefore helps people with schizophrenia pursue their life goals by reducing symptoms. Although drugs can control schizophrenia, they can't cure it. A lack of symptoms also doesn’t mean that treatment can be stopped.

After a first episode of psychosis, the risk of having another episode is very high during the first year. Forgetting medication for as few as one to ten days can double a person's chances of going back to the hospital. To avoid symptoms in the future, people with schizophrenia must take their medication. Many tools can help you remember, such as using alarms, using a pill dispenser (DispillTM), or taking your medication as part of your routine. Your pharmacist can help you manage your medication. Some medications may even be given as an injection by a health care professional to make sure you get your treatment.

Treatment must never be stopped without your doctor’s authorization. If you have side effects that cause you discomfort, don’t hesitate to talk to your pharmacist, who can help you reduce them.

Psychotherapy and social rehabilitation are also essential to help people with schizophrenia lead satisfying lives. This support is provided by a team of mental health care professionals, who can help patients accept and understand their illness. Support from family and friends is also very important during social rehabilitation. If you or a loved one suffers from schizophrenia, make sure you get the help you need.

As they learn about their disease and its problems, some people can start to feel sad and may even think about suicide. Support groups can help people with schizophrenia get through these hard times.

The information contained herein is provided for informational purposes only and is not intended to provide complete information on the subject matter or to replace the advice of a health professional. This information does not constitute medical consultation, diagnosis or opinion and should not be interpreted as such. Please consult your health care provider if you have any questions about your health, medications or treatment.