Alzheimer's disease is a degenerative neurological disease that affects memory, emotions, behaviour, and the ability to think and communicate. Learn more about Alzheimer’s and how you or someone you love can cope with it. 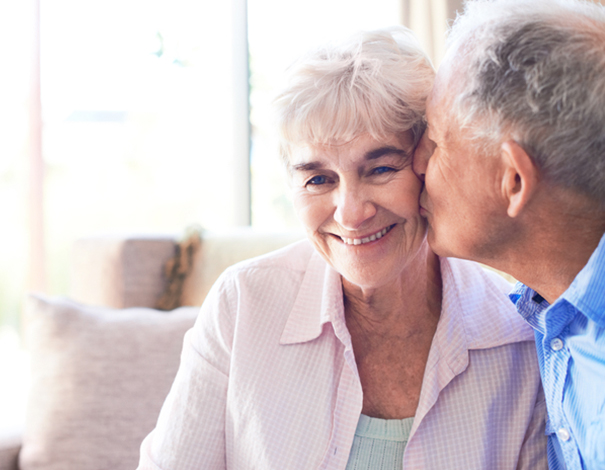 The exact causes of Alzheimer's disease are still unknown. However, we know that it generally appears in people who have a combination of both modifiable and non-modifiable risk factors.

To understand the impact of family history, we need to distinguish between two forms of the disease:

How to prevent or stop Alzheimer's

Many factors that increase the risk of Alzheimer's disease can be avoided with a healthy lifestyle.

Does aluminum cause Alzheimer’s?

A lot of research has been done on whether aluminum in our environment (such as the aluminum in pots and pans) increases the risk of Alzheimer's. The results haven't shown a conclusive link between the two.

How is Alzheimer's diagnosed?

Before making a diagnosis of Alzheimer’s disease, a doctor must rule out all other causes of dementia, such as major depression, vascular or neurological diseases, certain medications, or alcohol intake. The doctor will then conduct a full physical and neurological exam and may run additional tests, such as an electroencephalogram (EEG).

How does Alzheimer's disease progress?

Alzheimer’s disease generally progresses slowly but steadily. The disease lasts for 8 to 12 years on average, although this period can range from 3 to 20 years. To better understand how the disease evolves, we can divide it into 3 stages.

During the early stage, the person with Alzheimer’s has mild symptoms and is still independent. In this stage, short-term memory is mainly affected. They can remember what they did last year, but not what they ate the day before. They may also have trouble communicating, i.e., problems finding the right word or following a conversation.

People in this stage are generally aware of their condition, which can lead to mood changes, anxiety or depressive symptoms . It’s important not to ignore these emotions and to provide support for the person with Alzheimer's. The family also shouldn’t hide the diagnosis so that the person can participate in decisions about their future care.

During the middle stage, mental and physical abilities continue to deteriorate. Memory loss becomes more severe. People in this stage of Alzheimer's no longer recognize their friends or family. They become more and more confused as they can't orient themselves in time or space. They have behaviour and mood changes, such as mood swings, aggressiveness, agitation, apprehension, disrupted sleep or inappropriate behaviour. They are also at risk of wandering. During this stage, they need help carrying out their daily activities (getting dressed, bathing or going to the bathroom).

In the late stage of Alzheimer’s, people start to lose long-term memory. They have greater difficulty communicating. They will express themselves non-verbally, for example, with looks, crying or moaning. They may lose control of bodily functions (trouble swallowing, incontinence, immobility). They become dependent on a caregiver. Death most often occurs from complications of the disease, which can include pneumonia or infection from bed sores.

Currently, no treatment can cure Alzheimer's disease. Treatments that do exist aim to slow the progression of the disease. This helps people with Alzheimer’s maintain functional and mental abilities for a longer period, which keeps them independent longer and delays the need for constant care. Without treatment, their health condition will deteriorate more quickly. They should therefore start treatment as soon as possible.

How to cope with Alzheimer's disease

Lifestyle changes can make a big difference to help people with Alzheimer's stay independent for as long as possible. Here are some coping tips if you are a family caregiver or if you have the disease.

Although no treatment can cure Alzheimer’s disease, scientific research continues to make progress. Don’t hesitate to consult your pharmacist to find out about new treatment advances and learn how to better live with Alzheimer’s on a daily basis.

The pharmacy services presented in this section are offered by pharmacist owners who are affiliated with Uniprix. The pharmacists are solely responsible for the professional activities carried out during the practice of pharmacy. These services are offered in participating pharmacies only. Certain fees and conditions may apply.

* The information contained herein is provided for informational purposes only and is not intended to provide complete information on the subject matter or to replace the advice of a health professional. This information does not constitute medical consultation, diagnosis or opinion and should not be interpreted as such. Please consult your health care provider if you have any questions about your health, medications or treatment.