How to avoid gastric reflux

When important dinner parties, celebrations and festive occasions come around, it is not uncommon for people to overeat. In some cases, this can lead to “heartburn.” Learn how to prevent and relieve it. 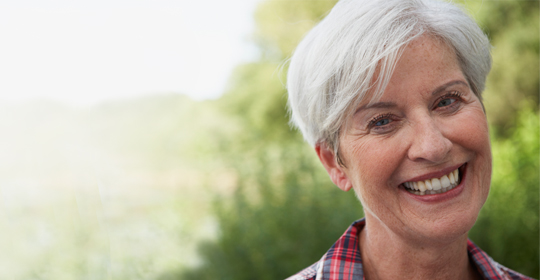 What is gastric reflux?

Gastric reflux refers to the partial regurgitation of the stomach contents into the esophagus (tube that connects the mouth to the stomach). The acidity of the reflux can irritate the esophagus, throat and mouth. People who suffer from gastric reflux typically experience a sensation of heartburn that radiates to the throat. 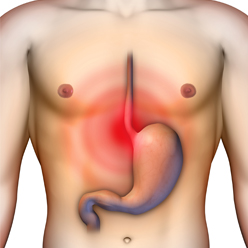 While often associated with gastric reflux, heartburn can, however, have other causes, such as ulcers, indigestion or gastritis. Before arriving at the conclusion that you suffer from gastric reflux, talk to a doctor to get an accurate diagnosis.

Gastric reflux is often caused by a weak lower esophageal sphincter (LES). Located at the junction of the esophagus and stomach, the LES opens to allow swallowed food to reach the stomach and then closes to keep it from backing up. When it opens at the wrong time or does not stay closed, the contents of the stomach are pushed up into the esophagus, causing reflux.

When to see a doctor

The majority of people with gastric reflux never consult a doctor and just treat their own symptoms with over-the-counter drugs. When taken for a long time, these drugs can interfere with the body’s ability to absorb certain nutrients

If you have experienced gastric reflux or heartburn for more than two weeks, you should consult your doctor or pharmacist rather than self-medicate with over-the-counter drugs.

You should also seek medical attention as soon as possible if you have the following symptoms:

Many factors can disrupt the normal functioning of the LES causing gastric reflux.

How to prevent gastric reflux

If you tend to suffer from gastric reflux, here are a few preventive measures to consider:

How to choose the right heartburn medication

Many drugs work well to alleviate the symptoms of gastric reflux. 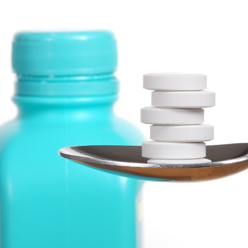 If gastric reflux cannot be successfully treated with drug therapy, surgery is available. However, it is reserved for patients with serious complications.

Your family pharmacist can tell you which medications used for other health problems can cause or aggravate gastric reflux.
He or she can also recommend over-the-counter drugs for gastric reflux, based on the severity of your symptoms and your state of health. Don’t hesitate to ask for help!