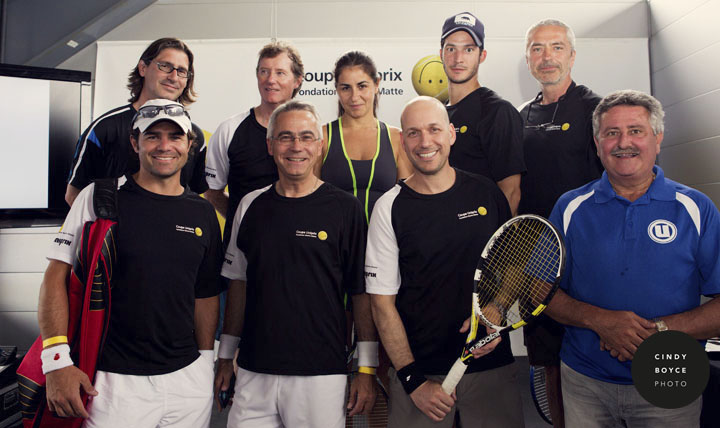 The 5th annual Uniprix Cup, held on June 17, 2014 at Uniprix Stadium, generated a sum of $325,000 for the Fondation Martin-Matte. Over the past 5 years, more than $1 million has been turned over to the foundation thanks to the friendly tournament. “Now, I can finally buy that helicopter and travel the world like I’ve always wanted,” joked Martin Matte at a press conference. In reality, the money raised goes to providing housing for people with traumatic brain injuries, such as his brother. So far, two residences have opened their doors – one in Laval and one in Sherbrooke – with a third soon to open in Blainville. The stand-up comic also has plans for Quebec City and Trois-Rivières.

Uniprix guarantees the lowest price on this item. If you find a better price, Uniprix will match it.

The lowest price guarantee is offered only with proof of the lower retail price on an identical item advertised by a competitor during the same promotional period. The guarantee does not apply to free offers, clearance items, gifts with purchase, scratch-and-save discounts or misprints. It cannot be combined with any other offer.

The sale of the following products is exclusively the responsibility of the owners Uniprix-affiliated pharmacists.

The passwords do not match   Confirm

You've successfully shared with a friend

For a sponsorship request, we are redirecting you to that particular form...